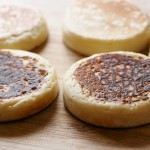 I had home made crumpets suggested to me awhile ago, by a work colleague and while my interest was piqued, they hadn’t bubbled up to the top of the “to do” list yet.
Last week I received the latest copy of SBS Feast Magazine featuring Matthew Evans’ breakfast recipes and there they were, home made crumpets lathererd with whipped honey butter. How could I not want to give them a go?!

First problem was finding a warm place for them to “brew” on a cool spring day. The DB had a great suggestion: What about the hot house? Perfect!
I suggest making them and then leaving them to cool and toasting them later.
Makes 18 crumpets if using crumpet rings, more if you only have egg rings.

Warm the milk gently so that it is body temperature. (Too hot and you will kill the yeast)
Dissolve the yeast in 2 tablespoons of the warm milk. Dissolve the sugar in the remaining milk, stir in the butter until melted. 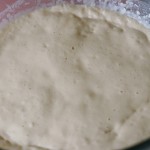 In a separate bowl, combine the flour and salt. Make a well in the centre and stir in the butter and milk mixture, then the yeast mixture.

Cover and leave to rise in a warm place for 1 hour. It should be thick and bubbly but be able to be poured – slowly.

Grease a fry pan and crumpet rings with canola spray and heat over a medium heat. 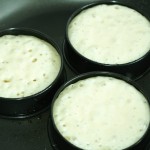 Using a 1/3 cup measure, pour batter into crumpet rings, two-thirds of the way to the rim. Do not overfill as they do rise. Cook for 5 – 6 minutes or until holes appear on the top and it starts to dry out. Be careful that the bottom doesn’t burn. Too low a temperature and you will not get bubbles and too high and the base will burn.

Remove the crumpet rings (remember they are hot and use a glove – unlike my first attempt with my fingers…..), turn the crumpets and cook the other side for 1 – 2 minutes or until lightly browned. If you are toasting them later, leave them a light golden colour. If you can’t wait and will eat them straight from the pan, then let them darken a little more.

And Voilà! just like the bought ones…… or as the DB says….. as close as $hit is to swearing! 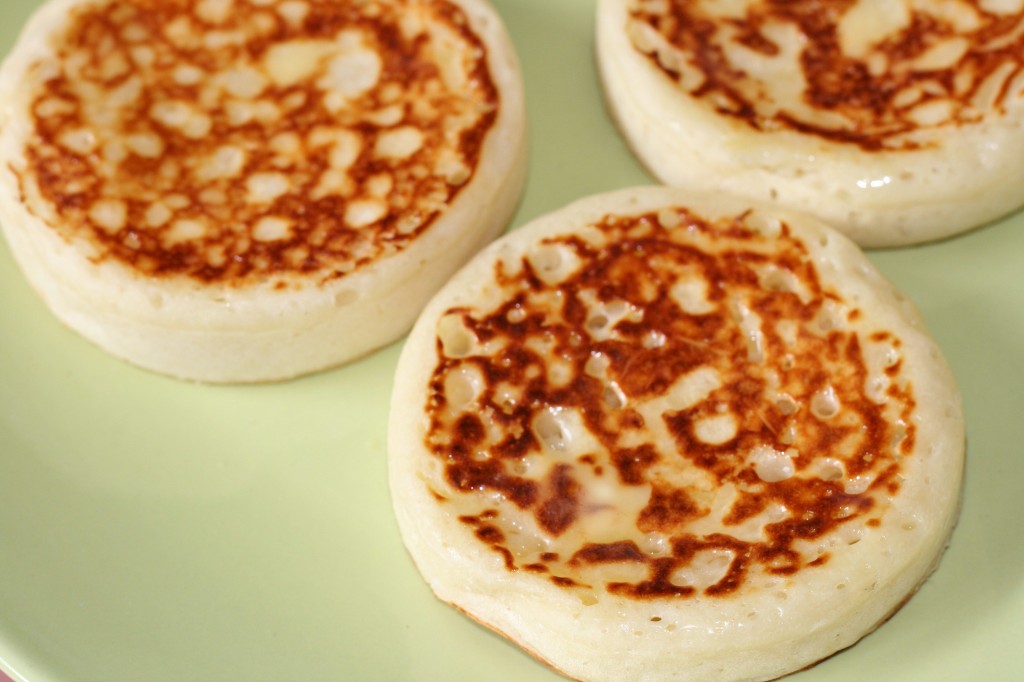 This entry was posted in Breakfast, Recipes. Bookmark the permalink.