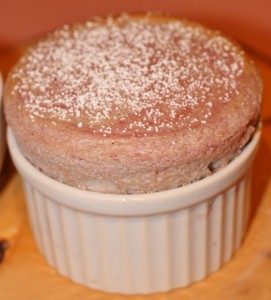 This is similar to one of the recipes that I learnt to cook in my first week away as an apprentice chef. I made this for the DB on my first weekend home.

We did a passion fruit soufflé for the restaurant, but you can use any fruit purée. As I had some frozen raspberries in the freezer, I used those. I have cut the recipe down to serve two.

A little melted butter & caster sugar to coat the moulds

Fruit Puree:
50g raspberries (or any fruit you choose)

Prepare your soufflé moulds by brushing with melted butter. Move the brush from the bottom of the mould to the lip as you brush. Place the moulds in the fridge for a few minutes and repeat with another brushing of butter. Tip some caster sugar into one mould and tip it around until all the interior is coated with sugar, repeat with the other mould. Place in the fridge until needed.

Soufflé Base (crème pâtissière):
Prepare a bowl of ice in advance, to cool the mixture when you bring it off the heat.

Place a saucepan of water on to boil. You will place the bowl of egg and milk mixture on top, to cook later.

Heat the milk and vanilla together until just below boiling. Be careful as this small amount of milk will boil quickly. Remove from the heat.

In a bowl that can be used on the saucepan you put on to boil (as a double boiler), beat the egg yolk and sugar together until pale and creamy. Mix in the flour.

Stir until the mixture cools. The mixture can now be covered and put in the fridge until needed.

Fruit Purée:
Place the raspberries in a blender and process. Pass the purée through a fine sieve and discard the seeds. The purée can be kept covered in the fridge until needed.

If the fruit purée is too tart, you can add a little sugar syrup to sweeten. 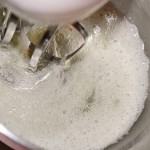 In an electric mixer, beat the egg whites on medium, until starting to foam. Add the sugar and turn up to high, just until firm peaks form.

Add a small amount of egg white to the soufflé base and mix to loosen the soufflé base. You do not need to be too gentle at this stage. Then gently fold through the remaining egg white until almost combined. Don’t worry if it is not quite combined. This is better than over mixing and deflating the egg white mixture. This will result in a soufflé that does not rise.

Pour the soufflé mixture into the moulds by gently folding the mixture back and forth as you pour. 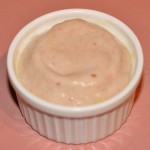 Using your finger wrapped in a tissue, gently run just inside the rim of the soufflé dish to make a ridge. Wipe away any mixture from the sides of the mould.

Gently place in the oven for 10 – 12 minutes or until the soufflé has risen and the top is starting to go a nice golden colour.

Gently remove from the oven, dust with icing sugar and serve immediately with a complimentary ice cream or sorbet. We had raspberry sorbet. 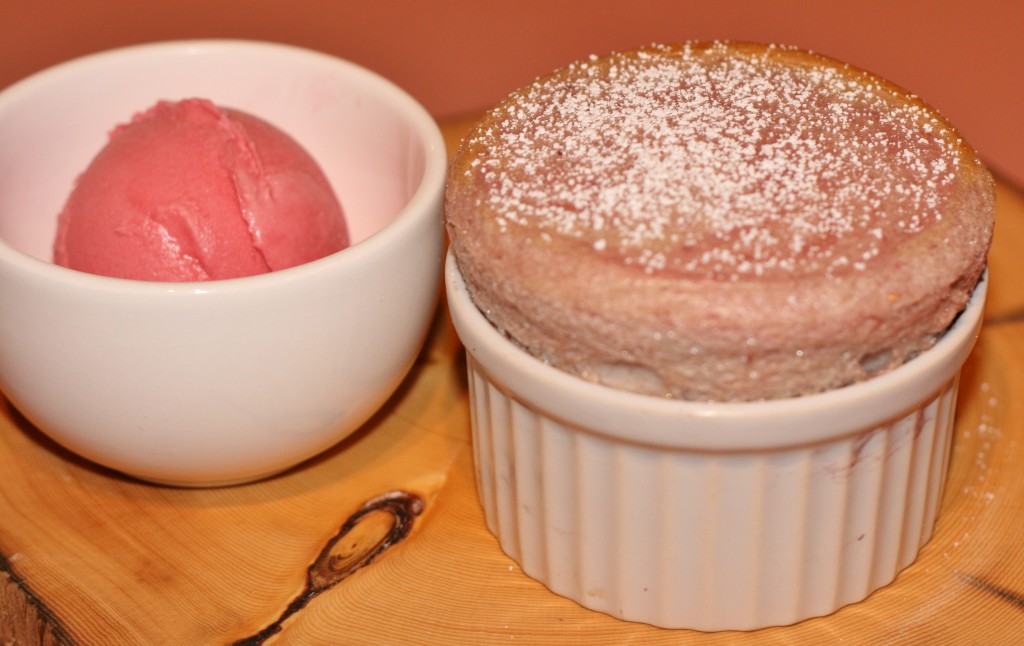 This entry was posted in Desserts, Recipes. Bookmark the permalink.