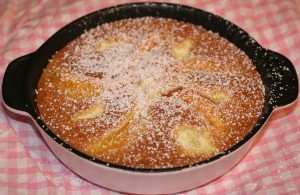 I had seen clafoutis in various cookbooks, but never made or eaten one. With the new Autumn menu starting at work, plum and ricotta clafoutis is one of the new desserts. I had to give it a go on my days off to share the recipe at home.

The traditional clafouti is made with cherries that still have the pit in (I would prefer them pitted), but any stone fruit should do just as well.

There are so many clafoutis recipes on the web and after a bit of Googling, I chose this recipe from the SBS Food series, which was created by by Guillaume Brahimi and adapted it to suit peaches and ricotta.

Lightly grease a 4 x 12.5cm tart moulds with butter, and arrange on a tray.

Whisk together the eggs and egg yolks until light and creamy. Gradually add the cream and butter, whisking consistently. 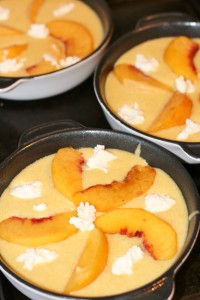 Pour in the clafoutis batter evenly between the tart moulds.

Divide the peach portions evenly among the moulds, laying them on top of the batter. Place small “globs” of ricotta in between the peach slices.

Bake for 15-20 minutes until golden, or until a skewer inserted into the centre comes out clean. 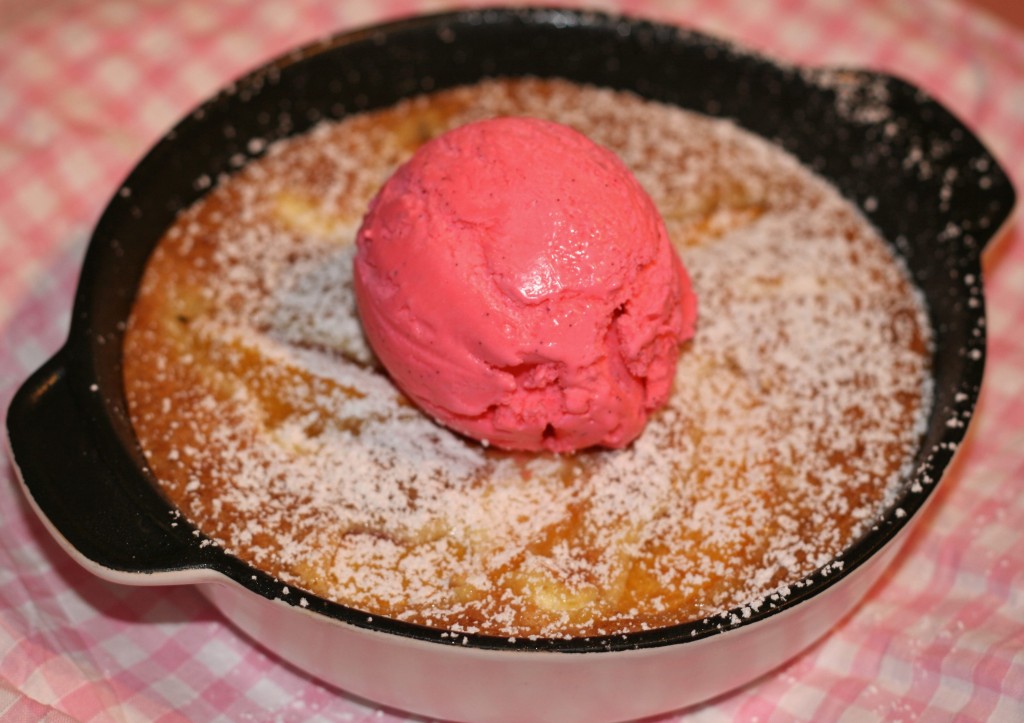 This entry was posted in Desserts, Puddings, Recipes. Bookmark the permalink.